« The internet of things: let medical devices talk - Class A, B and C. When to do detailed design of »


What is a Software Unit?

There had been a long and excellent discussion about that subject on elsmar cove forum a few years ago. I use some outputs of this discussion in my post. I draw different conclusions, however.

Here is the short answer that cames in mind of any developer. A software unit is:

Be it procedural or object oriented, these procedures/functions/classes are grouped in a source file.
This is certainly right in many cases. But I think that it's not always relevant in all cases. Let me argue!

Software design is modeling how data are processed. The less detailed model is the user requirements or use cases. The most refined modeling is ... the software code itself that does the job. In between we have a few levels of granularity, usually: 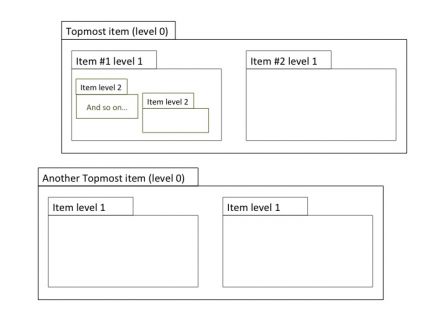 Delving on the details of software, one can argue that a software unit is:

Software engineers and developers have the habit to think about patterns. There are lots of reusable patterns, like the very generic design patterns of the gang of four, or more specific patterns, or patterns found in software libraries like GUI.
So a set of classes/procedures/functions grouped to implement a pattern could be seen as a software unit.
Another proof in favor of patterns is when refactoring is necessary. Most of times, we don't refactor a class/procedure/function. We refactor a set of classes/procedures/functions to enhance their performance, their consistency.
Thinking about patterns brings also a dynamic view of software behavior that doesn't appear in single classes/functions. The pattern is used for a specific purpose that can be highlighted. Thanks to the pattern, we can highlight interaction between software units. We can also communicate easily on the internal classes/procedures inside a well-known pattern. 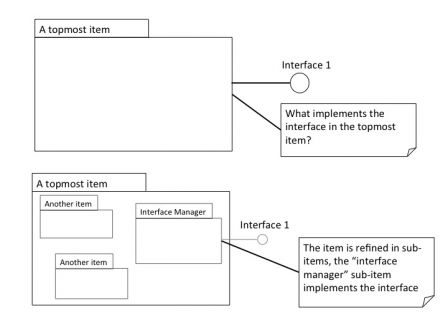 We always have to think about risks in the medical devices industry. Risk mitigation can be a good clue to define the level of details necessary to software modeling.
Is it relevant to split a software item in one or more software units, to explain in which unit the risks resides and/or in which unit it is mitigated?
If yes, then the software item has to be modeled more in details, with items of lower levels, down to units. 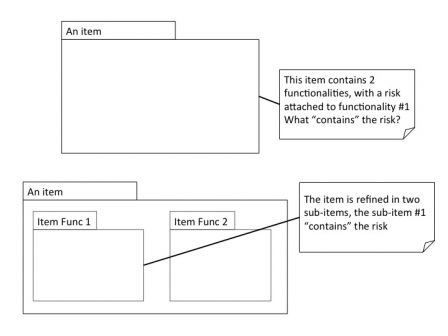 Remember we do all of this (Software architecture, modeling, IEC 62034 and so on) to avoid software failures and mitigate risks.

Programming languages offer many ways to organize sets of classes/procedures/functions:

I personally like organizing software code with packages (mandatory in languages like java or .Net family) or namespaces (in C++ but optional) or modules (in procedural languages). Packages/namespaces/modules of lowest level can be a good way to name software units and group classes/procedures/functions.

The way we do software modeling, using design patterns, and the way programming languages allow to organize code, using packages or namespaces, speak in favor of software units of higher level than classes or procedures in a source file.
There are undoubtedly cases where classes or procedures are the right level of software units (like tiny embedded SW in microcontrollers).
But for most of software, modeling down to single classes/procedures doesn't bring more information about its functioning and doesn't make a better risk analysis.


Next article will be about when doing this job, given the software class (A, B, or C) according to IEC 62304.

Thanks for the articles and the information you share, its great! I think this article is very interesting.

What is not clear to me is, 62304 talks about software units and specifying interfaces. It looks here that you are describing something similar to "Component based programming". Is that right? My understanding of component based programming was that it is useful for large scale enterprise systems and implementing micro-services architectures and such. I have read about it in the Ian Somerville books and in the "UML Component" book by Cheeseman and Daniels. Is this article saying that the same approach would be useful for class C embedded medical devices? Is 62304 saying that we must use Component Based Programming and design for class C medical devices? What if the amount of software was closer to being more easily represented using plain classes and OO? Would we still be required to "componentise" the software and add interfaces?

2. On Tuesday 20 April 2021, 15:25 by Mitch
Hi Dan, Thanks for your feedback and comment. "It looks here that you are describing something similar to "Component based programming". Is that right?" IEC 62304 doesn't talk about component-based programming. But it's true that the approach of SW items and SW units is similar to component-based programming. "Is this article saying that the same approach would be useful for class C embedded medical devices?" Yes, the same approach would be useful for class C embedded MD, since they are similar. "Is 62304 saying that we must use Component Based Programming and design for class C medical devices?" No, this is not written neither in the normative part, nor in the annexes. "What if the amount of software was closer to being more easily represented using plain classes and OO? Would we still be required to "componentise" the software and add interfaces?" That's possible to consider that the components are equal to the plain old classes and POO if the embedded SW is tiny enough to make the component level redundant or not useful. To make it short, if your software is tiny enough, you can have software units equal to classes. Then no "composentization" is required. Hope it helps
3. On Friday 11 June 2021, 13:53 by Onni

I really appreciate the work you have put down to decipher the IEC 62304!

The definition of UNIT seems to imply that a UNIT cannot depend on another UNIT. Also in B.5.4 the standard says "UNITS can be tested separately".

Please tell me that there's a less restrictive way to interpret the standard.

4. On Saturday 12 June 2021, 21:21 by Mitch
Hi Onni, Many thanks for your feedback. Testing SW units without instanciating some other components can be a bit artificial. It's possible sometimes by using mock objects or similar artifacts. But it is very likely that you need some other components to test units the appropriate way. Especially when they depend on general-purpose libraries.