Is my software in class I MDD: Stayin' alive

So we have a corrigendum (almost 100% sure. A vote by the EU Parliament is still in the pipe December the 16th, though). To corrigendumize: that's a neologism I propose to name bug fixing activities in legal matters. I corrigendumize, you corrigendumize, they corrigendumize! Any resemblance to "randomize" is purely coincidental!

Is my software in class IIa, IIb, or III, Dark Fate

Here we are! White smoke over the European Parliament! The MDCG 2019-11 guidance on qualification and classification of medical device software (MDSW) was published the 11th of October 2019.

What happened to my Drug Prescription Assistance Software?

We know that Drug Prescription Assistance Software are software as a medical device, thanks to the European Court of Justice. But how to CE mark that kind of software?

MDR: one year left and too late for class I software

Breaking news: standalone software is not an active medical device!

The British Standard Institute published in February 2016 a white paper titled How to prepare for and implement the upcoming MDR – Dos and don’ts. Register on BSI website to download the paper.
This white paper gives top-notch recommendations on the way to compliance with the future EU Medical Device Regulation (MDR), based on the draft version. But their interpretation of MDR classification rules on standalone software are somewhat surprising.

IEC 82304-1 - latest news about the standard on Health Software

Long time no see. For those of you guys who have been following this blog for a long time.
Today I have time to write a short article on the new version of IEC 62366 standard: IEC 62366-1:2105 Application of usability engineering to medical devices.

We continue this series on validation of software used in production and QMS with the Validation Protocol and Reports.

When should a manufacturer report devices changes or QMS changes to notified bodies, according to the 93/42/CE directive?
There hasn't been clear criteria, until the Notified Bodies Operating Group (NBOG) published the Best Practice Guide 2014-3 : Guidance for manufacturers and Notified Bodies on reporting of Design Changes and Changes of the Quality System.

How to develop a smartphone App to be FDA-cleared or CE Marked? - part 6 Conclusion

To conclude this series about clearance of mobile medical apps, here are a few tips to newcomers in the world in medical devices.

How to develop a smartphone App to be FDA-cleared or CE Marked? - part 1 regulations

Today I begin a new series of articles about developing (or more broadly designing) a smartphone App that is a medical device.

The very first question is:

Is your App a medical device and does it need to be CE Marked or FDA cleared ?

A few words about guidances in Europe. News are rare enough to point them out.
First, the guidance on electronic labelling came into force on 1st march 2013, see the MHRA website for some explanations and the original decision on the EU website.

This article is the last of three articles which deal with the concept of "inflation" of medical devices. The first one was on inflation of standards, the second about inflation of regulations. This one, the most interesting to my eyes, is about multiplication of apps on mobile devices, especially smartphones and tablets.
More that 6000 apps are classified in the "heath", "heathcare" or "medical" categories of the Apple or Android appstores. Many of these apps are classified as medical devices and are in the scope of regulations like FDA and CE Mark. Note that some apps may be regulated the FDA but not the CE Mark or vice-versa. 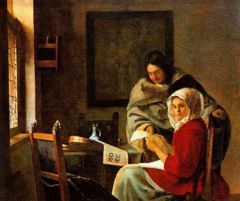 The essential list of guidances for software medical devices

Too many documents in too many places, that’s what I felt the first time I looked for guidances and other similar stuff about software medical devices.
Where do I find relevant documents?
Which one do I begin with?
My answer:
I created a page where I gather my own list of guidances. It’s a selection of guidances and recommendations for CE mark.